How often do we spot beautiful dresses only to find that they don't flatter our figure at all? If you are looking for bridesmaids dresses but confused about what style to go for, this article is for you. We'll be covering different styles that would be most flattering for different body types. The dresses shown for each category are all from of our in-store dresses, feel free to book an appointment with us to try out these dresses or other similar styles.

Women with this body shape are usually rounder around the chest and tummy area without any defined waistline. For this reason, you want to opt for A-line dresses that would give the illusion of having a more defined waist thanks to the flared bottom, an empire waistline would be best rather than a lower waistline. Mermaid and fitted dresses around the hips are to be avoided for women with this body type.

Below are a few examples of our in-store dresses that would fit this body type nicely. We also recommend dresses that have either draping or pleating around the bust for added fluidity and a slimming down effect. Side slits usually look great on such body shapes too as the legs are usually slimmer than the upper body. 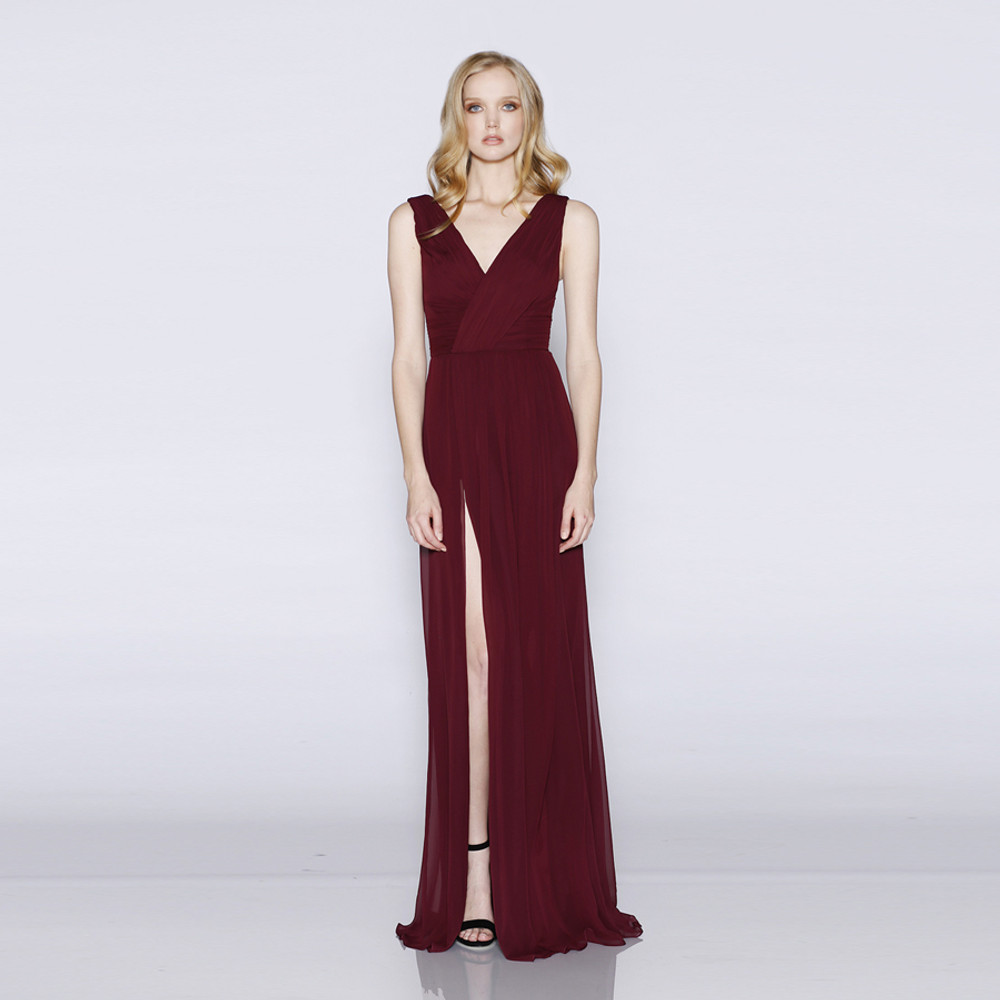 This body type is identified through wide hips and a lower body that is much wider than the upper body. The type of dresses we recommend for this body shape depends on how much wider the hips are compared to the rest of the body. If the hips are not too wide, you could opt for fitted styles. On the other hand, if the hips are too much out of proportion compared to the rest of the body, we recommend that you go for A-line dresses. This would make sure that your waistline is nicely defined while covering the hips. It would be better to avoid tops that are either too tight or too plain because that would only accentuate the wideness of your hips. Off-shoulder styles can also be a good choice as they would give a widening effect to your upper body, hence giving you that nice balance between the upper and lower body. 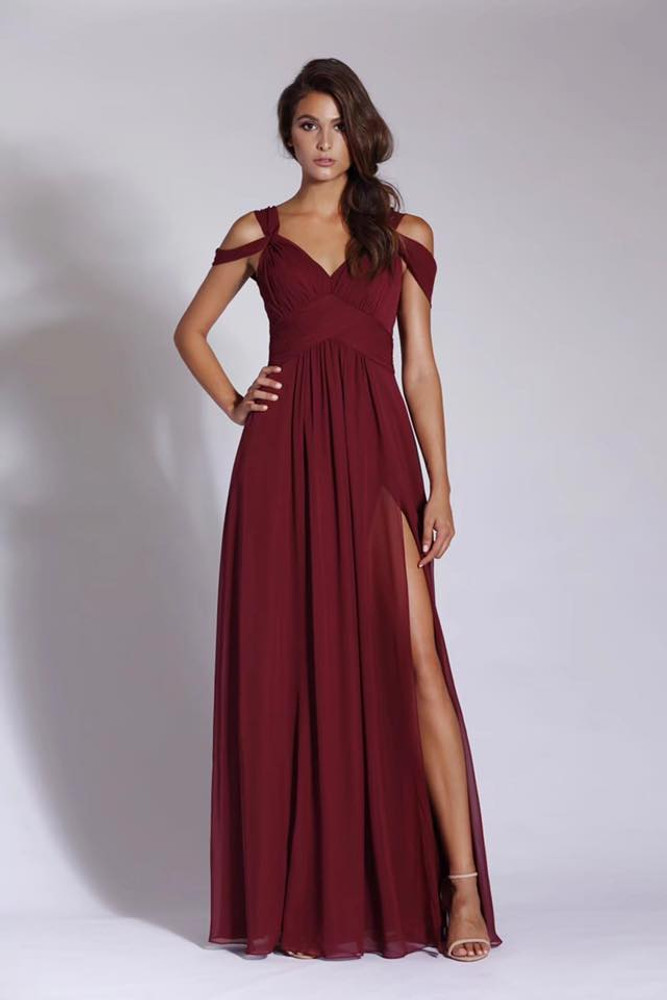 An inverted triangle body type is one in which the shoulders and upper body is much larger than the lower body. For women with this body type, we would recommend styles that are flared at the bottom or have a detail around the hips like in the dress below. A very fitted dress would only accentuate the broadness of your shoulders. Another tip is to avoid halter necks because that would make them look even larger than they really are. Off shoulder-styles are also to be avoided as that would create the illusion of having an even wider upper body. Straight straps and asymetrical tops would be best.

Women with a column shape body have a rather straight figure, without any particular body part too defined. Depending on your waistline, mermaid style dresses are to be avoided as they would not do much in flattering your silhouette, unless you are nicely waisted. A-line or flared designs would give you the illusion of having a defined waistline. Grecian style dresses and designs with draping at the upper body or around the hips would highlight your waistline and flatter your silhouette. 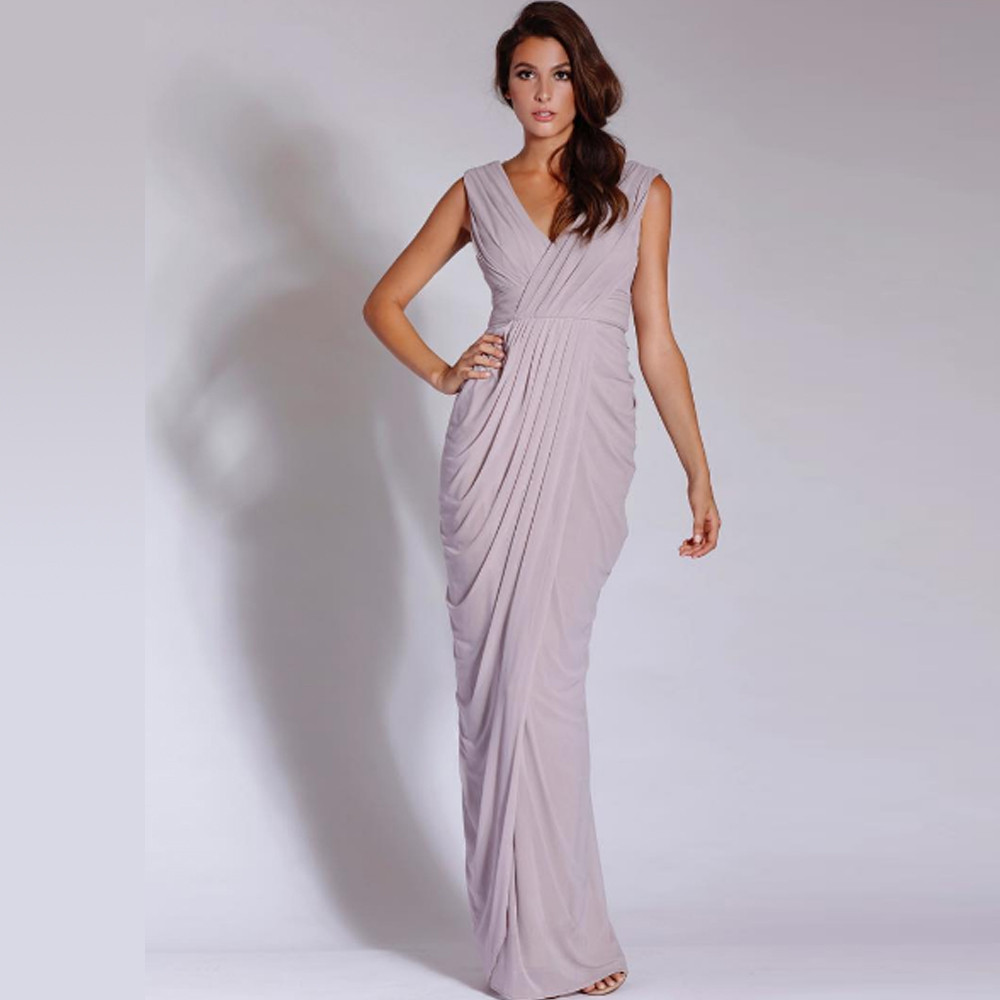 Women with an hourglass figure are the easiest to dress but choosing the wrong style could make you look bigger than your actual size, specially with designs that have a straight cut. We recommend highlighting your waistline by opting for figure-hugging dresses such as mermaid style designs. Dresses with fitted tops and a flared bottom would also flatter your silhouette nicely.